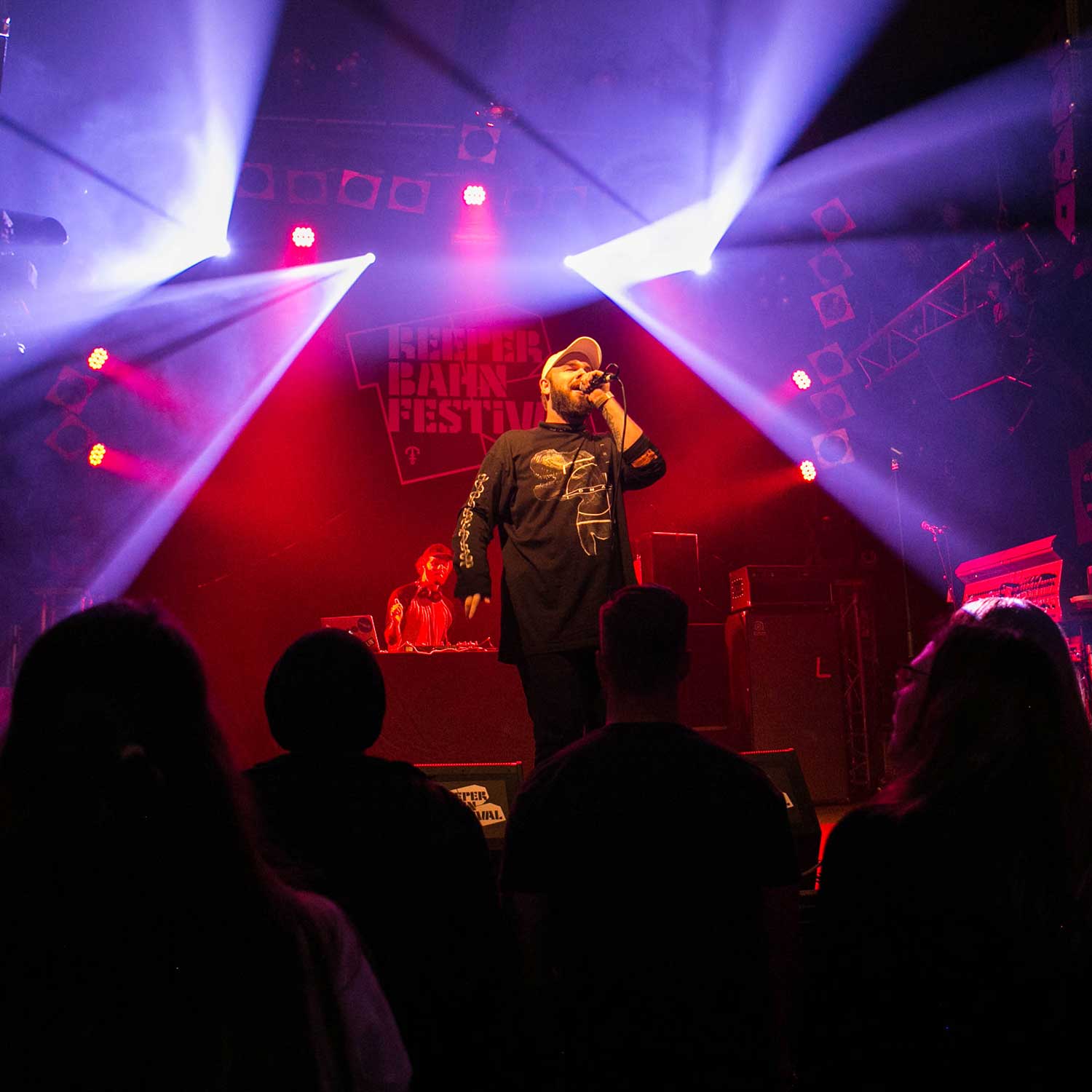 Ropemakers have been making ropes for their ships in Hamburg since the 16th century on ropewalks, ‘Reeperbahn’ in German, as long as 300m. This explains how the Reeperbahn in Hamburg derived its name from this centuries-old craftsmanship. Today, the Reeperbahn Festival throws out the ropes to bring in new pop music from across the world.

From there it was a natural step to the conception ‘ropes away’ or ‘cast off’ for the sound logo. Rhythmic lasso-sounds, electric guitar and the applauding crowd capture the festival mood and the core elements of the brand identity within seconds. The opener and the ending were already applied for the audio podcasts of the Reeperbahn Festival conference in 2016, accessible through voicerepublic.com and reeperbahnfestival.com. The new sound was played in the teaser videos on YouTube, as well as in the Reeperbahn Festival’s Arts Audio Guide via the Reeperbahn Festival App.